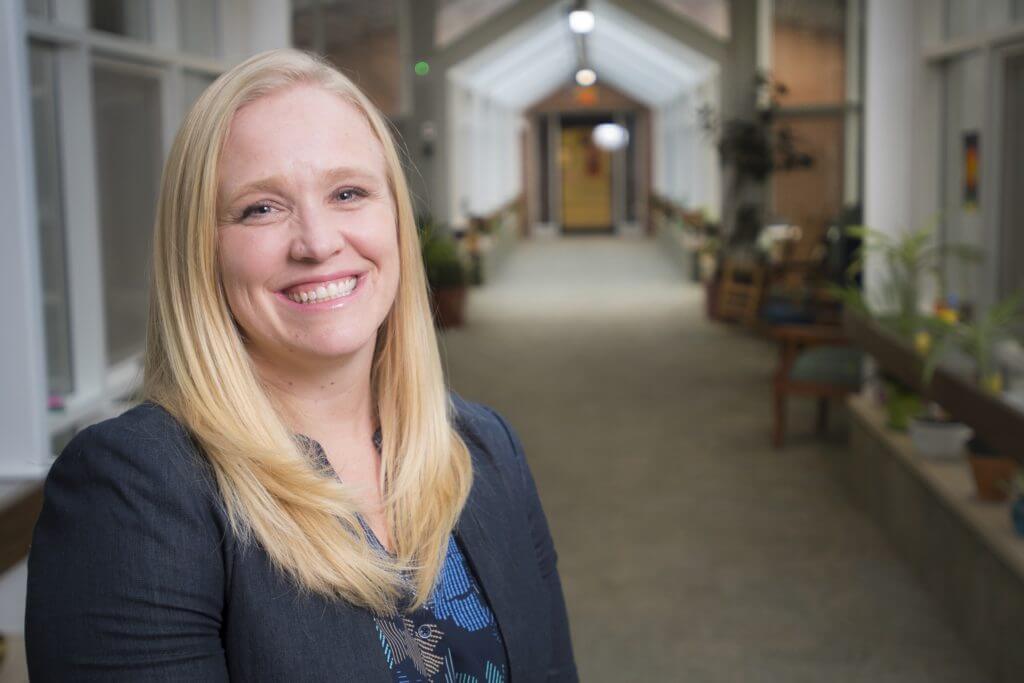 Remarkably, Sara Lowe vowed after graduating from college that she would never immerse herself into a job serving senior adults.

“Anything but working with old people,” she says with a smile, recounting her past – and then comparing it to her unlikely present – as executive director of Emmanuel Hospice.

“You know that saying where you make plans, and God laughs? I am a perfect example.”

As it turns out, Lowe earned her degree and then accepted full-time work at a senior retirement community, noting that “When I walked in and saw all these people with gray hair and in wheelchairs, I thought to myself, ‘I’ll never know who these people are.’”

How wrong she was.

Lowe’s next stop was to serve in several capacities with another hospice program in the area. But six years ago, she teamed with others to establish Emmanuel Hospice, and it has since blossomed into one of the premier hospice centers in Michigan.

A native and life-long resident of West Michigan, Sara was born Sara Torrey and grew up in Zeeland, one of two daughters raised by now-retired public schoolteachers Mike and Kathy Torrey. As a family, much of their free time revolved around volunteering for others.

Mike served for many years as varsity swim coach at what then was just one Zeeland High School, bringing home lessons from the pool that Sara would pocket and still uses today. One of those was to stop and determine whether a tough time she was experiencing qualified as a “real issue or a tissue issue.”

That and other life lessons helped her develop a strong sense of empathy for those seeking end-of-life strategies. And for those who lament “You have such a sad job,” she counters by pointing out what a privilege it is to hold another’s hand while they contemplate the gifts they are given, and the legacy they’ll leave in their wake.

She also leans on experiences rendered by a study-abroad program that took her to South Africa while still an undergraduate at Grand Valley State University. It’s there that Lowe lived among women with HIV and AIDS, helping them confront not only life-threatening issues, but the stigma that made them outcasts among their own families.

Her influence on the community is pervasive, says Terri Hegarty, an Emmanuel Hospice board member since its inception in 2012. “Sara has the gift of helping us all relate and realize that we can indeed make a difference.”

Though a busy executive, Sara describes her life as “full,” and that includes time with her husband, Elliott, daughter Avery, 10, and son, Hudson, 8. This past Christmas season, the foursome found time to visit Clark Retirement Community and sing carols to residents.

What remains is this: A woman who drew near and gently clutched her chest and simply wept to be so regaled.